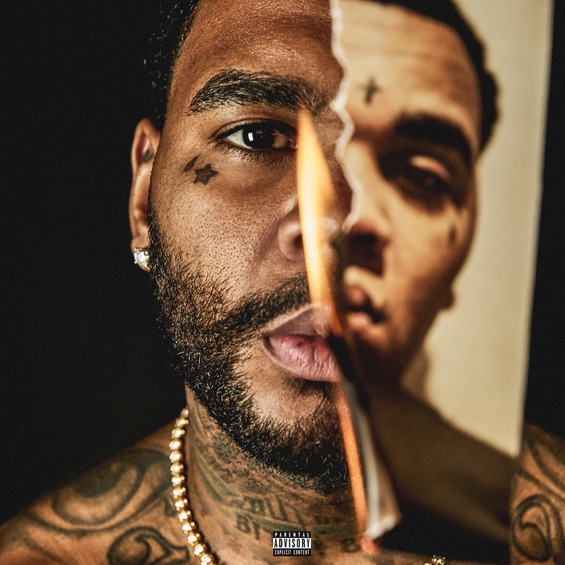 HONORABLE MENTION. SAY IT TWICE
I see “Say It Twice” as a family-friendly track that you can play at Sunday gatherings.

“Say It Twice” is powered by this gentle ass instrumental that I believe a trap angel made. Over this instrumental, Gates delivers a soft-spoken hook, vulnerable verses and heavenly background vocals. Since the song is about appreciating a women to the upmost respect, I felt his approach on it was appropriate.

5. FACTS
I know Kevin Gates has turned into this wise/peaceful man these last couple of years, but on the real, I love when he’s his grungy self! On “Facts,” that’s the exact version of the Louisiana rapper that you get. Not only does he call out snakes, ops and record execs on the song, but he also makes sure to remind listeners that he’s still a drug-dealing/cold muthaf**ka, too.

Personally, I love how tough the instrumental to “Facts” sounds. I also love how Gates plows his way through the said instrumental like a bull that just saw some red. (As I think about it, Gates kinda resembles a bull)

The flow Kevin Gates raps with on this song is relentless and unsalable.

3. ICEBOX
In “Icebox,” Kevin Gates sings, but nothing like Omarion (Thank GOD). What you do get from Gates is soulful singing and gritty rapping, as he uses the song as an opportunity to let the world know why he’s cold towards women, his foes and backstabbers.

I love how riveting/hard-hitting the instrumental attached to “Icebox” is. I also love how passionate Gates sings on the track, as he drops off this memorable hook that never lets up in trill energy. As for the Louisiana native’s rapping style on “Icebox,” it’s erratic, as throughout, he bounces between hurt, defensive and troubled (Does this n***a have PTSD?).

You know what I like about “Push It?” Kevin Gates capitalizes off of ferocious energy and underdog vibes on it. From start to finish, the “2 Phones” rapper drops inspirational bars revolving around hustling, dismissing foes and indulging in women on it, never letting up in aggression each step of the way. Additionally, you can tell Gates refused to play slave to the hard-hitting instrumental he was served with on the song — an aspect I believe makes him a rebellious n***a you don’t want to f**k with.

I don’t mean to sound rude, but a Kevin Gates workout video will probably stay on the shelf.

1. WALLS TALKING
“Walls Talking” is powerful! On it, you get a hook that is complex/emotional, verses that are deep, and an instrumental that is passionate, yet hard-hitting (That’s a helluva combination, right?).

I thought the lyrics on “Walls Talking” was very chilling. On it, Kevin talks about murking his own friend, being blackballed, running away from home at an early age, and living in numerous homes. Though I felt uncomfortable like s**t while listening to the track, I did feel like Gates got a chance to release some demons within himself by telling us his unfortunate stories from the past (I’m all about n***as releasing demons from within).